What is corporate loyalty? 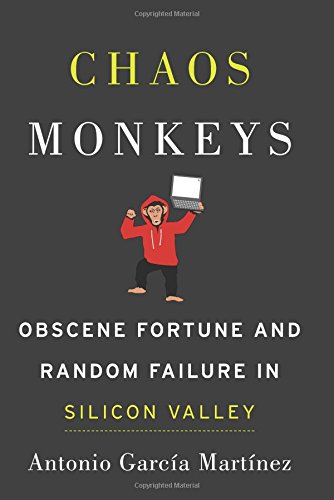 Funny slice-of-life from the VC-backed tech scene that I have been living in for years. Silicon Valley, like the TV show but real.

Back in Havana, my cousins were eyeing posters of Che and Fidel on crumbling buildings and the sides of lurching, belching buses. Alongside were rousing posters, designed in that wonderfully retro socialist realism only the Cubans still embraced: ¡TODO POR LA REVOLUCIÓN! ¡HASTA LA VICTORIA SIEMPRE! ¡PATRIA O MUERTE, VENCEREMOS!

Meanwhile, I was walking around Facebook, surrounded by stenciled portraits of Mark and equally exhortatory posters: PROCEED AND BE BOLD! GET IN OVER YOUR HEAD! MAKE AN IMPACT!

At their extremes, capitalism and communism become equivalent:

Endless toil motivated by lapidary ideals handed down by a revered and unquestioned leader, and put into practice by a leadership caste selected for its adherence to aforementioned principles, and richly rewarded for its willingness to grind whatever human grist the mill required?

A (mostly) pliant media that flatters the existing system of production, framing it as the only such system possible?

Foot soldiers who sacrifice their families and personal lives for the efficient running of the system, and who view their sole human value through the prism of advancement within that system? Welcome to the People’s Republic of Facebook.

Many execs want about loyalty in their employees. What’s “loyalty”? Just that the employee hasn’t quit before lunch today? That the worker isn’t moonlighting as an embezzler from their day job? That’s setting a low bar.

The famous Netflix corporate culture, which no one lives up to but which all of tech approaches to one degree or another, says says “unconditional allegiance… is not what we are about.” In elite tech, employees quit, while companies fire, layoff, or just close at a rapid pace. So what is loyalty in the midst of this churn?

See that quote above? It has been said about many other companies in their prime, whether Apple, Microsoft of the late 90’s, or even IBM of the good old days.

This from Kip Crosby:

In the 1920s, '30s, and '40s, IBM regional sales gatherings resembled revival meetings, with heavy doses of Babbitt-like boosterism, roaring exhortation, and rapturous testimony. Songfests were frequent, and truly motivated employees knew the IBM songbook cold. Inevitably, for those who meant to succeed, IBM became far more than a company--it was a way of life.

IBM's dress code was the strictest of all in industry. Beyond that, the company thought little of intervening in an employee's private life when it was deemed necessary. An IBMer with marital problems that distracted him from work would be told by his manager to seek counseling--or would be counseled, however bluntly, by the manager himself. An employee who drank on the job, like anywhere else, was subject to immediate dismissal, but an IBMer who drank at home would also be warned, or at least considered unreliable. Every employee was asked to consider his or her personal behavior in light of its possible impact on the company's reputation.

The result was a company that, at times, was frightening to work for. IBM's motto was "Think," but an IBM employee who tried to think outside the box would soon discover that the box had incredibly high walls. Still, IBM remained the most-admired company - and Watson the most-admired executive - of the fervently procapitalist '20s. Its paternalistic and evangelical management style perfectly served the reigning god of business.

But most execs can’t aspire to a cult. Few are good at inspiring one. But they hope, and “loyalty” is the pale reflection of that cult.