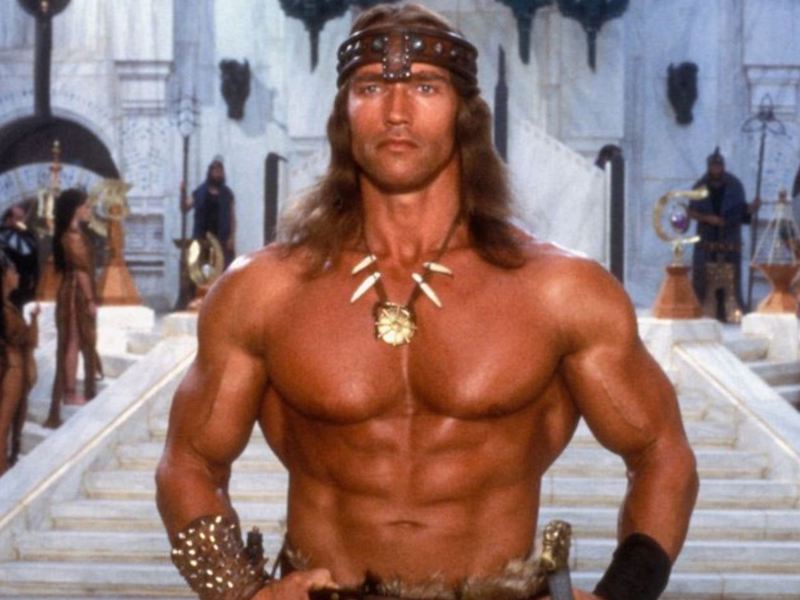 Cyrus Adler’s masterful Short History of the Jewish People (3rd ed., 1948, p. 287) tells of Jewish “barbaric tribes and kingdoms” in the “Cimmerian Bosporus” to the north of the Black Sea. Conan came of Cimmerian stock. Was he one of these Jewish barbarians?

The Cimmerians appear not only in Robert E. Howard’s Conan tales, but also in Genesis 10, where the Hebrew equivalent is Gomer. (The English comes from Greek Kimmeroi, Κιμμέριοι, from Akkadian Gimirri, cognate to Hebrew Gomer.)

Conan, too, bore an ordinary Hebrew name, that of the Biblical Conaniahu כונניהו (II Chron 31:12-13), a Levite, and maybe a Cohen, in the Temple. The name means “God has established. “Conan” in place of Conanyahu is a hypercoristic form. Why? Could it be because of the Hebrew’s idol-worshipping tendencies that had to be hidden? Ishba’al son of King Saul (I Chron. 9:39) becomes Ishboshet. So, Conan’s proper Hebrew name? כוננכרום הגומרי, Conancrom Ha-gumri.

John Hyrcanos, Hasmonean king of Judea, was best known for barbaric ways of which Conan would have approved. Hyrcania, the eponymous kingdom south of the Caspian Sea, near the aforementioned Cimmeria, is uncoincidentally one of those lands trodden by Conan’s sandaled feet. But back to Conan’s taste for kreplach. The Cimmerian region was also inhabited by the Scythians, the probable source of the name Ashkenaz. Genesis 10:3 actually presents the two peoples as closely related: Gomer (Cimmeria) is the father of Ashkenaz (Scythia). Seen the movie? Notice Conan’s Yiddish accent? 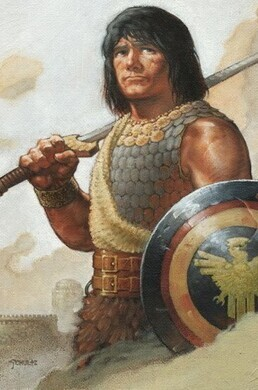